In general, pollution is very harmful to our health, causing different physical health problems such as coughing, watering eyes and wheezing. However, it doesn’t end there, actually, there are more effects caused by air pollution and the truth is the pollution can damage your brain.

According to many researches, the human brain is susceptible to the grave harm from pollution, especially the air pollution. In fact, environmental pollutants can have a bad impact on brain development as well as reducing human intelligence, especially in infants and kids whose brains are still developing.

Here are some main pollutants which have a bad influence on human brain:

When harmful air pollutants can result in artery blockages and inflammation which nourish the brain, they can also cause stroke. More importantly, stroke is a very common cause of incapacitation and even death, therefore, stroke is absolutely terrible.

Even though a relatively small portion of all strokes seems to be related to PM concentration, it is the fact that nearly 1 million people in the U. S have a stroke every year. That means even a small percentage of the PM can completely cause a significant cases of strokes.

Furthermore, experts have showed that correlations between ischemic stroke and sulfur dioxide, stroke and carbon monoxide, stroke and ozone peak concentrations. Therefore; it’s  very necessary to understand all the factors above which can cause stroke in order to prevent paralysis or worse, sudden death.

Mercury and its developmental damage

Overall, Mercury is a potent neurotoxin which can do harm to your brain as well as to the developing nervous system (of infants or children).

If you are exposed to mercury a long time, then this can be explained by the air pollution caused from natural sources like volcanoes. Furthermore, the air pollution can also be resulted from man- made sources such as cement kilns, coal- fired power plants, or industrial boilers.

In details, these sources always emit mercury into the atmosphere but in a significant amount. Therefore, the mercury will remain until it is carried back to the Earth when the rain comes. Once the mercury enters streams and lakes, bacteria will convert it to methylmercury. But the point is this chemical will  accumulate in the tissues of animals and fish and then move up the food chain.

As a result, human are exposed mainly through consumption of fish such as large tuna, king mackeral, swordfish, tilefish that contain the high methylmercury concentrations. Especially when pregnant women eat foods contaminated with this chemical, the mothers will exposed their own developing babies to the dangerous substance. Obviously ,exposing to methylmercury in the womb can have a bad impact on a baby’s growing brain, specifically the nervous system.

In a long term, this will result in eventual impacts on the baby’s memory, cognitive thinking, language, attention, as well as visual spatial skills and fine motor. The baby may also suffer from impairment of hearing, walking, speech, peripheral  vision, lack of movement coordination or muscle weakness.

Actually, even women with no symptoms related to nervous system damage can still give birth to their infants with severe disabilities. Babies and infants who are exposed to methylmercury can suffer from impaired neurological development. That’s why eliminating or minimizing mercury emissions from man-made sources is very important to prevent additional amounts of mercury from affecting human brain.

Lead is a also well-known toxic substance in the environment. Leading poisoning is extremely harmful , especially during early childhood since children are more likely to absorb lead from gastrointestinal tract than adults. Therefore, the lead in the blood of those children can circulate more frequently into their brain.

Specifically, lead poisoning in childhood or infancy can result in long- term mental and socio- emotional effects. Exposure to lead can also cause decreased cognitive functioning such as scanning and executive functioning in adults.

Furthermore, lead exposure can influence your subsequent verbal memory as well as verbal fluency. According to some researches, there are several problems related to lead exposure such as aggression, behavioral issues including sleep complaints and depression, increased delinquent behavior.

For a person, lead can completely cause loss of intelligence,however, not many people notice this. However, when it comes to a large population, this is a very serious problem. Just imagine how terrible it is when so many people in your city become retarded just because of the lead. Therefore, the effect of lead on intelligence is undetectable but it has a really enormous impact on the whole population.

How to reduce the effects of pollution on your brain

Unfortunately, there is no way for you to eliminate all the pollutants but there are several tips you can use to reduce the effects of the pollutants on your brain and more important your children’s.

With highly detailed experience-driven product reviews and guides to everyone, I seek to offer a holistic knowledge base that arms you with the knowledge to take the right decision in the exciting but highly varied world of Humidifiers, Oils & Diffusers, Dehumidifier and even more...

More from this Author

Search on my Blog 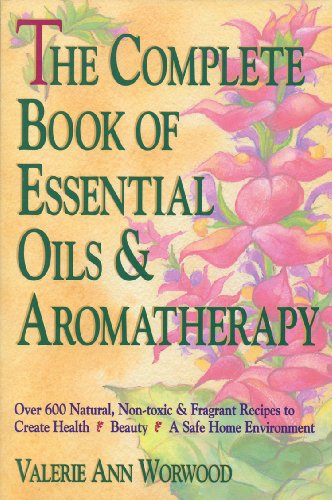 Thank you for subscribing.

we respect your privacy and take protecting it seriously

Do you usually wake up in the early morning and do your cardio? And after …
How-to & Tips
More

It is the fact that joints form the connections between your bones, they can provide …
How-to & Tips
More

Humidity is the amount of vapor water in the air. It is an essential element …
How-to & Tips
More